More than a week late, but better late than never, amiright? I’ve enjoyed writing these posts over the last 4 years as a way to reflect on the past year’s running and to help me focus on goals for the coming year. (Here are the recaps from 2012, 2013, 2014, and 2015.)

Best race experience:
So many diverse ones to choose from! I loved pacing with TVRC this year, as well as setting new PRs, but I think my favorite overall race experience was the Healdsburg Half. It was my 40th birthday race, I ran my 3rd sub-2 half marathon, I finished really strong (especially as part of a 16 mile FFLR), I ate great food before and after the race, and last but not least, I had loads of fun with good friends. 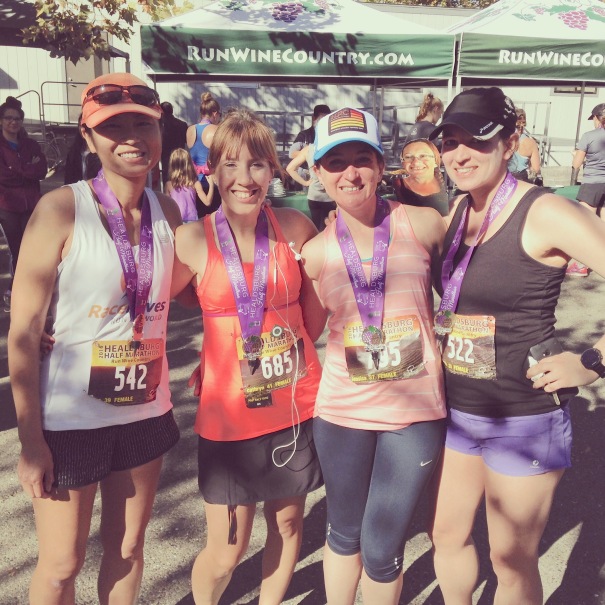 Best run:
I’m going to cheat and say that the Woodside Ramble 10K was the best run, even though it was technically a race as well. Cat and I didn’t really approach it as a race, so I think it counts! I really enjoyed running through the redwoods and chatting. Plus the 10K distance was perfect – long enough to satisfy my need to run on dirt, but not so long as to exhaust me.

Best new piece of gear:
Garmin Forerunner 235. It finds GPS much faster than my previous Garmin, plus it’s got a heart rate monitor. I like that it syncs wirelessly with my phone so I don’t have to manually enter data, nor do I have to hook it up to my laptop to sync. The bells and whistles (phone notifications) are fun and useful too.

Best piece of running advice received:
The things that have stuck with me the most this year have been a few quotes from podcasts I’ve listened to – words of wisdom about embracing the moment while racing, even when it “hurts” (in quotes, because it’s all relative, plus we’re choosing to do it).  Matt Fitzgerald’s How Bad Do You Want It? was also chock-full of great advice. 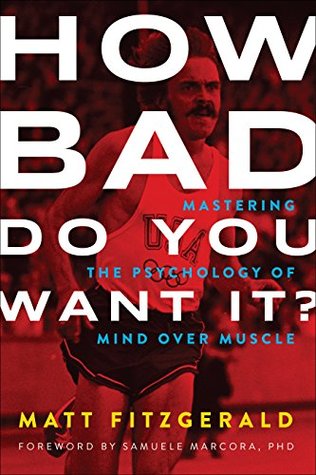 Most inspirational runner(s):
This is a two-way tie among two friends: Jess and Angela. Jess had a terrific year of racing, storming her way around the country as she conquered her first 50-miler at Run Rabbit Run (CO), did a “recovery” half marathon a few weeks later – her 3rd best time- at Healdsburg (CA), ran a relay in Kentucky, negative split at the Philadelphia Marathon (PA), and ended the year by coming in first female at a 50K (I think it was in Kansas??). Angela worked her ass off all year (really, over the last 4 years) to perfectly execute the marathon that we all knew she was capable of at CIM. Oh, and she BQ’d by like 8 minutes. NBD. 😉

If you could sum up your year in a couple of words, what would they be?
The time on the clock is just one of many ways to measure a successful race.

Happy finishers! (Pacing at Tiburon Half)

And now for the numbers:

Reflections:
Though it wasn’t my intention at the start of the year, my big goal for 2016 ended up being to PR at the 4 major distances: 5K, 10K, half, and full marathon. I was able to get 3 out of 4 – not bad! I felt like I definitely could’ve run a personal best at CIM, but it just wasn’t my day for whatever reason. I wasn’t as disappointed as I thought I might be, mostly because I had just PR’d at Santa Rosa last year, and I know that so many things have to come together for things to go well at the marathon distance. I’m still interested in getting faster, but I think I’ll take a break from the “training” mentality for a while. I didn’t expect to like speedwork as much as I thought I would, so there might be more 5K and 10K races in my future! I’m also looking forward to spending more time on trails in 2017.