Hey! Yes, I’m still here. Life has been good, but super busy. Here’s a quick recap of the last 2.5 months – in running and non-running news:

So, I wanted to write a quick blurb about fitting in running amidst work travel. I’ve been in my new-new position for 5 months now, and while I really enjoy it, it has been hard on my running routine. When I was still training for Dirty Dozen, I managed to fit runs in, but there were whole weeks where my weekday mileage was below double digits because I just couldn’t fit in any runs. This is especially true when I have to travel to the East Coast for work. Usually, I don’t mind getting up early to run, but I draw the line at when I have to get up at 3am Pacific Time *and* still have to be functional at work. Most of those days on the East Coast start at 8am Eastern Time — and we often have work dinners at the end of the day. So, the best I can usually do is walk on the treadmill for an hour after dinner, while I’m still digesting. Could I run at 9 or 10 pm? Sure, but I don’t tend to sleep very well when I run so late in the day.

Even when I’m in my own time zone, there are weeks (like this past week), where I would’ve had to get up at 5am to run. I know that some people are really good at getting up at the butt crack of dawn to get their runs in no matter what, but I’ve decided that it’s not worth it to me at this point in time. If anything, I should get better at going out for post-work runs, or just being more flexible in general about running whenever I get a chance instead of being so regimented.

Anyway, it’s a work in progress. While I don’t have any specific goals in mind, I would still like to run 3-4 times a week, 15-20 miles total. I also know that my work schedule will ebb and flow, and that this has been a particular busy couple of months. Fortunately, things look lighter in November/December. I hope to take advantage of that and start rebuilding my base for London at that point. 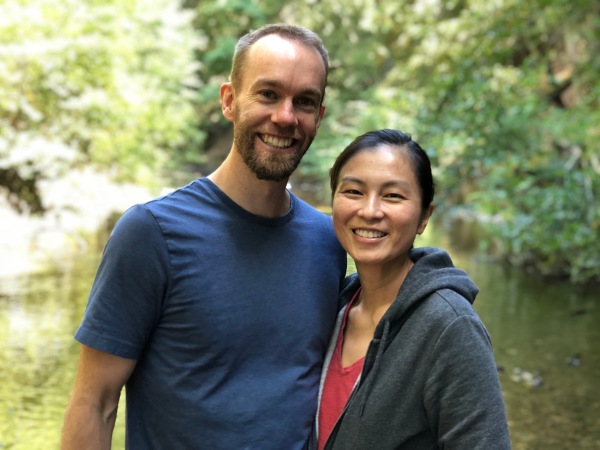 Random photo of the GR and I from September, posted just because I think it’s a nice photo of us